Singapore Parliament has just passed amended laws governing the use of mobile devices while driving on Monday, 8 September 2014. The changes to the Road Traffic Act now governs handphone driving as a criminal offence and will impose fines and jail term.

Holding and using mobile devices while driving, be it a phone or tablet will be constitute as an offence as it is seen as an act that not only endangers oneself’s life, but as well passengers and other road users. However, these apply only if the device is held in one hand while the vehicle is moving.

First-time offenders may be fined up to S$1,000 and/or jailed for up to six months. The penalty is doubled for repeat offenders.

The amended laws, will come into effect in February 2015 which calling, sending text message, internet surfing, playing games, checking emails or social media and download content with a mobile device while driving is considered as an offence.

Mixed Feelings Among Members of Parliament

While the stricter laws is implemented for handphone driving, there are still some devices that mounted on the dashboards, gaming devices and other IT gadgets such as Google Glass that are not covered under the law which are equally distracting while driving.

Some mentioned that it should also be an offence to hold and use these devices even when the vehicle is not moving, e.g. stopping at traffic lights or in a traffic jam.

Hri Kumar, MP for Bishan-Toa Payoh GRC has commented that even though through the usage of hands-free devices, it is still equally dangerous as using handheld devices as showed in many studies. Reason behind because the real distraction is the phone conversation and not having both hands not on the steering wheel. He has suggested that restrictions should be apply to the entire driving process and should be lifted off till the car is safely parked.

Reports shows that using mobile phone while driving has increased over the years, from 2,817 cases in 2011 to 3,572 cases in 2013. In the first six months of 2014, there has already been a case of 1,761 summonses were issued. The increase number in summonses was extreme measured approach in tightening the rules on handphone driving as mentioned by Senior Minister of State for Home Affairs Masagos Zulkifli.

Other Changes To Road Traffic Act

Some other changes to the Road Traffic Act as below:

6 thoughts on “Stricter Laws for Using Handphone While Driving in Singapore, Constitute Fines and Jail Terms” 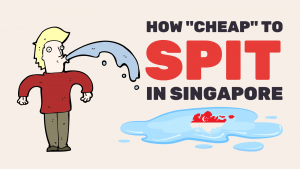 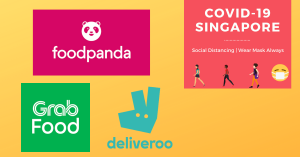