NSL OilChem Services Pte Ltd (NSL) and its general manager have been fined for failing to provide a safe workplace, resulting in the death of a worker.

The incident happened on 3 May 2007 at about 7am at a crude oil extraction plant in Tanjong Kling Road.

The worker, who was employed as a marine trade worker by Prime Project Pte Ltd, was caught in a flash fire while walking out of the pump house, which was situated beside the tank farm area.

The flash fire was caused when escaped flammable vapour from two storage tanks reached an oil lamp with a naked light on an altar near the tank farm area.

He died in hospital on May 8.

Investigations by the Ministry of Manpower (MOM) showed that NSL had failed to take reasonably practicable measures to ensure that the workplace was safe and without risks.

The flash point stated in the Material Safety Data Sheet (MSDS) of recovered fuel oil was inconsistent with the actual properties of the contents in the two storage tanks.

The design and layout of the tanks and farm area were inadequate to allow for the safe venting of the flammable vapour.

A damaged hole on the roof top of one of the storage tanks had allowed more flammable vapour to escape from the tank to the surrounding environment.

An oil lamp with a naked light on an altar was found near the tank farm area.

MOM’s director of Occupational Safety and Health Inspectorate Silas Sng said: “The flash fire could have been prevented if the company had taken the necessary safety measures, such as ensuring that there was no naked flame near the tank farm or repairing the hole on the rooftop of the tank.

“The accident was all the more regrettable that the general manager of the company failed to rectify the inadequacies despite having the opportunity to do so.”

Mr Sng said the fines meted out by the court serve to remind all stakeholders that each of them has a role and responsibility to play to ensure workplace safety and health, and to prevent the unnecessary loss of lives.

did not belt up during a ride

The Ultimate Battle Of Singapore And Chewing Gum In 1992 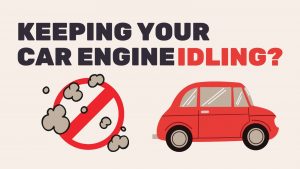 Stop Engine Idling! Beware To Be Slapped With Stiffer Fines

Updates are on the way !!