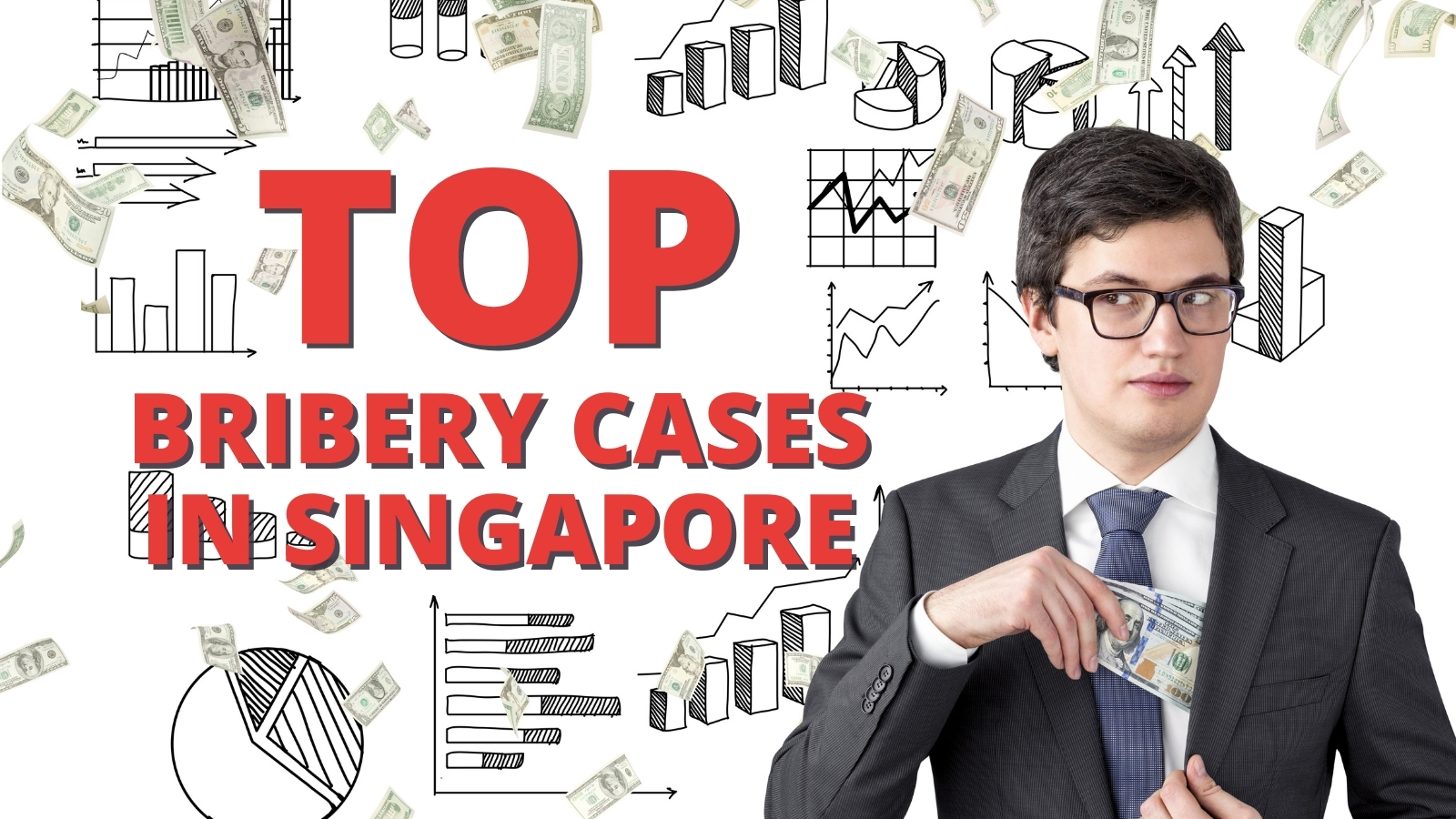 Singapore’s founding Prime Minister, late Mr Lee Kuan Yew had a political will to eradicate corruption in Singapore when his party, People’s Action Party (PAP) was elected into government in 1959. The party was determined to build an incorruptible and meritocratic government and took decisive and comprehensive action to stamp out corruption from all levels of Singapore’s society.

According to the Transparency International (TI) Corruption Perception Index (CPI) 2020, Singapore has been ranked as the 3rd least corrupt country in the world out of 180 countries with a high score of 85 – an achievement by Singapore since 2018. Furthermore, we are the only Asian country that is ranked in the Top 10 !

The Key On Fighting Corruption In Singapore

So how does Singapore manage its corruption? It is through two key legislations – the Prevention of Corruption Act (PCA) and the Corruption, Drug Trafficking and Other Serious Crimes (Confiscation of Benefits) Act (CDSA). This does not only applies to officials who give or receive bribes but in the private sector as well.

Saying that much, let’s look at some of the cases of corruption and how Singapore has dealth with since then.

This will be one of the most political bribes that shaken ties between Singapore and the US in September 1965. During a televised interview on 30th August 1965, late Prime Minister Lee Kuan Yew revealed in details that in 1960, a Central Intelligence Agency (CIA) agent was caught trying to buy information from a Singapore intelligence officer to feed the US agency. However, the Singapore officer reported this to his superior and a trap was laid for the CIA agent, who was later caught and faced up to 12 years in jail.

The CIA again offered to pay (bribe) then Prime Minister Lee Kuan Yew US$ 3.3 million (equivalent to US$ 29.2 million today) to cover up the matter. He rejected the offer and instead ask the US to provide formal economic aid to Singapore instead. A transcript of the interview can be found here. Meanwhile, you can also watch the interview in the video below.

Teh was investigated for corruption by the Corrupt Practices Investigation Bureau (CPIB) for accepting two bribes of S$ 400,000 each in 1981 and 1982. Then, while he was Minister for National Development, he had allegedly accepted bribes totalling S$1 million from 2 private companies for helping them retain and buy over a piece of state land for private development.

In November 1986, late Prime Minister Lee Kuan Yew approved an open investigation on the allegation and though Teh maintained his innocence, he committed suicide before being charged for the offences on 14th December 1986. Though the charges was not proceeded, late PM Lee still recognised his role to modernised construction industry and infrastructure.

When PM Lee delivers a parliamentary speech on 26th Jan 1987, he revealed for the first time about the investigation and stressed his zero-tolerance against bribery and mentioned “there is no way a Minister can avoid investigations, and a trial if there is evidence to support one.”

Later in a book titled “Lee Kuan Yew: The Man and His Ideas” published in 1988, he highlighted the importance of having a system where people act in accordance with certain principles.

This is quite an ironic case where the personnel involved, is from the anti-corruption agency CPIB. Edwin Yeo joined CPIB for 15 years before he became the head of Field Research and Technical Support in the bureau. Then in 2008, he went from supporting the CPIB in its investigations to become the target himself.

Edwin has alleged stolen S$ 1.76 million a CPIB bank account between 2008 to 2013 and he gambled most of the money away at Marina Bay Sands (This is why Singapore was quite reluctant to open a casino initially).

He was convicted of 21 counts of financial impropriety and now serving his 10-years jail term in Changi Prison.

Sometimes, bribery is not all about money. For this case, Peter Lim, the former commissioner of the Singapore Civil Defence Force (SCDF) corruptly obtained sexual gratification from two female vendors and one potential female vendor to the SCDF on 10 occasions between May 2010 and November 2011, as an inducement for showing favour by advancing the business interest of their companies with SCDF.

Its investigation revealed that on 2 May 2010, Lim obtained oral sex from a former senior employee of Nimrod Engineering at a public car park. Ten months later on 17 March 2011, Lim tipped off her about an SCDF tender on radiation portal monitors before it was officially published on 6 April that year. Nimrod Engineering bade for the project shortly. Between May 2010 and November 2011, Lim had also obtained several sexual gratifications from two other women who were in senior positions for vendors of the SCDF. In return, Lim would show favour to the companies where the women were working for IT-related tenders called by the SCDF.

Peter Lim Sin Pang was charged for corruptly obtaining sexual gratification involving three different women. In June 2013, he was sentenced to six months imprisonment and was officially dismissed from the public service on 31 August 2013.

In 2018, Singapore government-linked Keppel Offshore & Marine (Keppel O&M) – the parent company of Keppel FELS – was fined a total of US$422 million (S$567 million) over its part in an international corruption scandal, making it the seventh of U.S. Foreign Corrupt Practices Act Top 10 list.

The settlement with criminal authorities in the United States, Brazil and Singapore came following the release of court documents by the US Justice Department, which stated that Keppel O&M had “knowingly and willfully conspired” to pay bribes as part of a “decade-long scheme” to win 13 contracts with Petrobas and Sete Brasil.

These two Brazilian oil companies had been embroiled in a sprawling graft probe dubbed “Operation Car Wash” carried out by the country’s federal police since 2014. Find more about this devastating truth about the scandal at below video:

The saga took place between 2001 and 2014, with bribes totalling up to US$55 million (S$74 million) and involvement of five personnel

The whole act came to light when a former 3rd party agent Zwi Skornicki was caught up with the law. He has under the guise of legitimate consulting agreements, laundered the money via the US and sending those commissions to officials from Petrobras, Sete Brasil and/or the Brazilian ruling Workers’ Party. It is a long and complicated story and the website mothership.sg has this scandal covered in full details. You can read it there.

Meanwhile, there are also many shipyard-related bribes in Singapore which I will given reference to:

By the way, do you know that Keppel has recently awarded a US$2.3 billion FPSO contract from Petrobras?

Former deputy group director with the Land Transport Authority (LTA), Henry Foo, was charged on July 2020 for taking about S$1.24 million in bribes in the form of loans to advance contractors or subcontractors’ business interests with the authority. He was charged with 36 offences, including obtaining or attempting to obtain bribes and cheating his colleagues.

He was accused of cheating his colleagues into giving him about S$726,500 in loans between 2008 and 2019, totalling the amount involved to almost S$2 million.

He obtained sums of money from various directors to advance their business interests with LTA, amount between S$1,000 and S$200,000. The companies/personnel that are involved includes:

Penalties For Corruption in Singapore

Finally, before you tries your luck into bribery in Singapore, make sure you reads the law.

Anyone convicted of corruption can be fined up to S$100,000, jailed for up to five years or both.

The maximum imprisonment term for each offence of corruption can be increased to seven years if it is in relation to a matter or contract with the Government or a public body, or a subcontract to execute work comprised in such a contract.

Anyone convicted of cheating or falsification of accounts can be fined and imprisoned for up to 10 years. 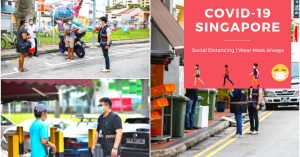