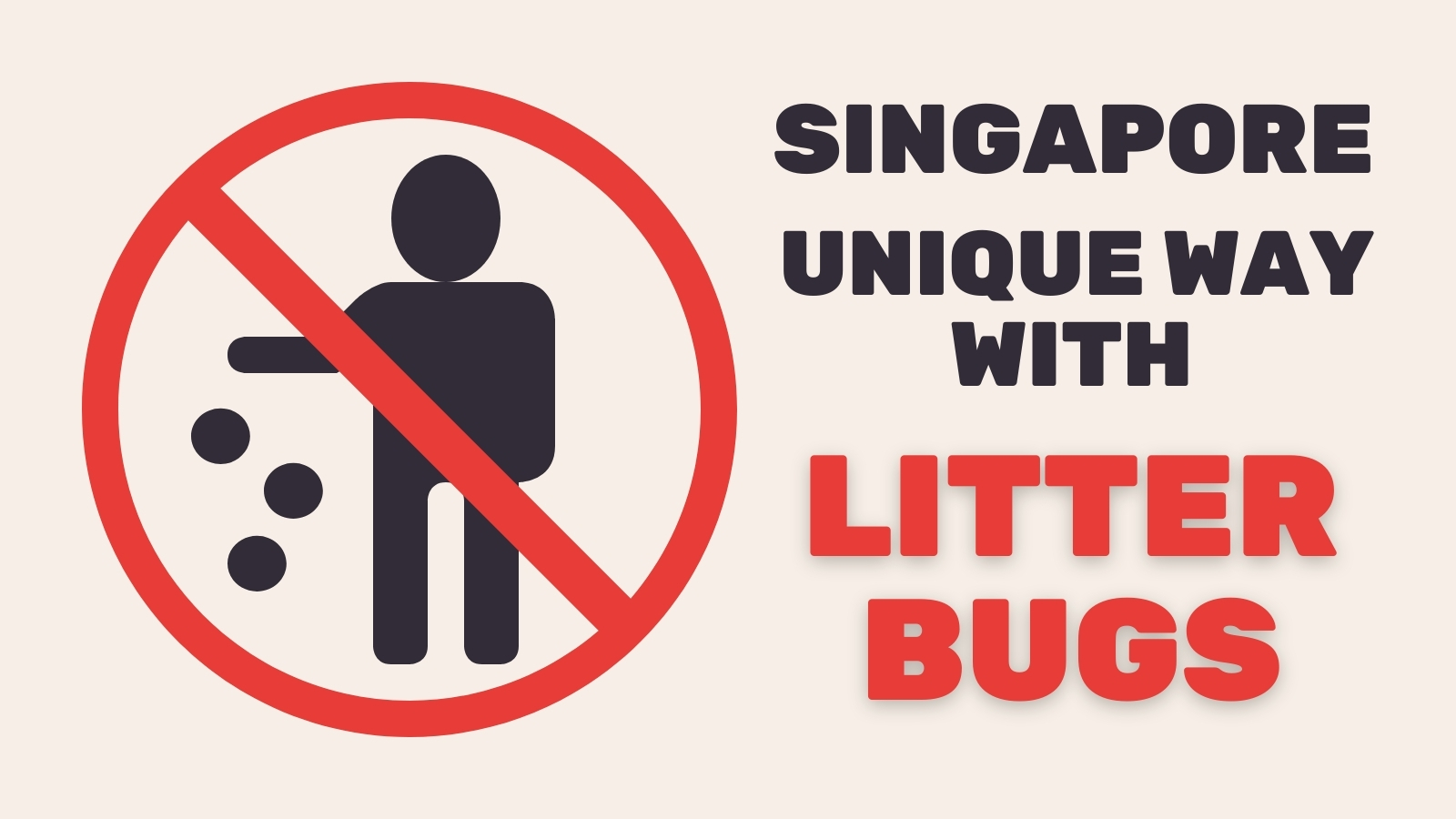 Singapore reputation as a clean and garden city wasn’t achieved if there isn’t strict enforcement on littering. In fact, keeping the country clean was not an easy task for Singapore.

Some may question why Singapore emphasizes so much on littering education and punishment in the country, but it was not without a good reason behind it.

Cleanup of the Singapore River & the Kallang River

In the early 1800s, the Singapore River was one of the busiest traffic routes in the country due to rapid urbanization and expanding trade. At the same time, the river was severely abused as many disposed of garbage, sewage and other by-products located along the river’s banks. This leads to water pollution into the Singapore River, as well as the Kallang River.

After the independence of Singapore, then Prime Minister Mr Lee Kuan Yew (LKY) has launched the Keep Singapore Clean campaign – one of the country’s first national campaigns. Launched on 1 October 1968, then Prime Minister Lee Kwan Yew carried out a month-long campaign aimed to make Singapore the cleanest and greenest city in the region by addressing the problem of inconsiderate littering.

In 1977, then PM Lee Kuan Yew called for a clean up of Singapore’s rivers, including the Singapore River and the Kallang River and it costs the government S$ 170 million (equals to S$ 425 million today) and took a total of 10 years to complete the cleanup!

It was a multi-agencies operation that involved the relocation of about 4,000 squatters, along with hawkers and vegetable sellers, whose daily waste flowed into the river. Otterman’s The cleaning up of Singapore River and Kallang Basin (1977-1987) has a detailed recall and photos of the bad situation back then.

The land area in Singapore is limited and most of the residential housing are built upwards, but this leads to high-rise littering. People are throwing things off the window and in some unfortunate incidents, passersby were injured and there was even reported death due to this inconsiderate littering. Given these two reasons, we can easily understand why Singapore has constantly focused on littering issues.

If burning the pockets does not works, shame them

Although you will get a fine if you litter anywhere in Singapore, this does not stop them from doing so. However, the government did come up with a very good idea to tackle them – by shaming them in the public. The government introduced a Corrective Work Order (CWO) scheme in 1992 to reform litterbugs.

Repeated litterbugs are ordered by the court to pick up trash in public areas for between three to twelve hours. The penalty “carries an element of shame”, which helps deter littering. The offenders are required to wear a bright orange jersey, identifying themselves as the litterbugs while cleaning up in the public area.

Unfortunately, littering cases are spiking in the past few years. In 2019, the government has introduced a new, brighter vest and signs put up at CWO locations to make it more prominent to the public eyes to raise awareness and more shame to the litterbugs too.

To tackle litterbugs rising in recent years, the Environmental Public Health Act has been amended to discourage those that behave irresponsibly. The courtroom fines for littering offenders was doubled since April 2014 to $2,000 for a first offence, $4,,000 for a second offence and $10,000 for the third and subsequent offences.

speeds on the highway