Little India as it is called, is a concentrated area at Serangoon Road which provides Indian locals and foreign workers a place to hang out during their off day. Most of the foreign workers would run errands, buying food or daily necessities here, especially at the 24-hour Mustafa Shopping Centre, which are famous for cheap products.

They would also buy some booze and sit around the open grass patch in the area with their friends and drink their fill.

Things took a change after the riot in December 2013. The government puts an immediate ban at Little India after the riot, with alcohol not allowed during these hours:

Geylang is the famous for two activities in Singapore – It is the only red light district in the entire Singapore which prostitution thrives together with sleazy pubs and nightclubs. On the other hand, it is also a heaven for food lovers as coffeeshops and restaurants lined along the streets that provides a great varieties of local and alternative cuisine.

With the presence of these two businesses, alcohol is inevitable, but that also spells trouble when the drunk creates problems on the streets.

See Also  drop off someone at or near the bus stop

A shop selling alcohol after the permitted hours could be fined up to S$10,000

Not A joke with The New Law

Although the government implemented the new laws, but some are still not able to get used to it. Mr. Tan Gak Hin was drinking beer with his friends in the public was fined a maximum of S$1,000 after he pleaded guilty to a charge of consuming liquor in a public place during prohibited hours (between 10.30pm and 7pm). See: Man fined S$1,000 for consuming alcohol in public after 10,30pm. 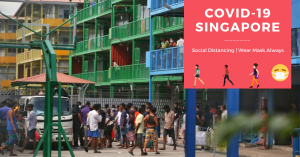