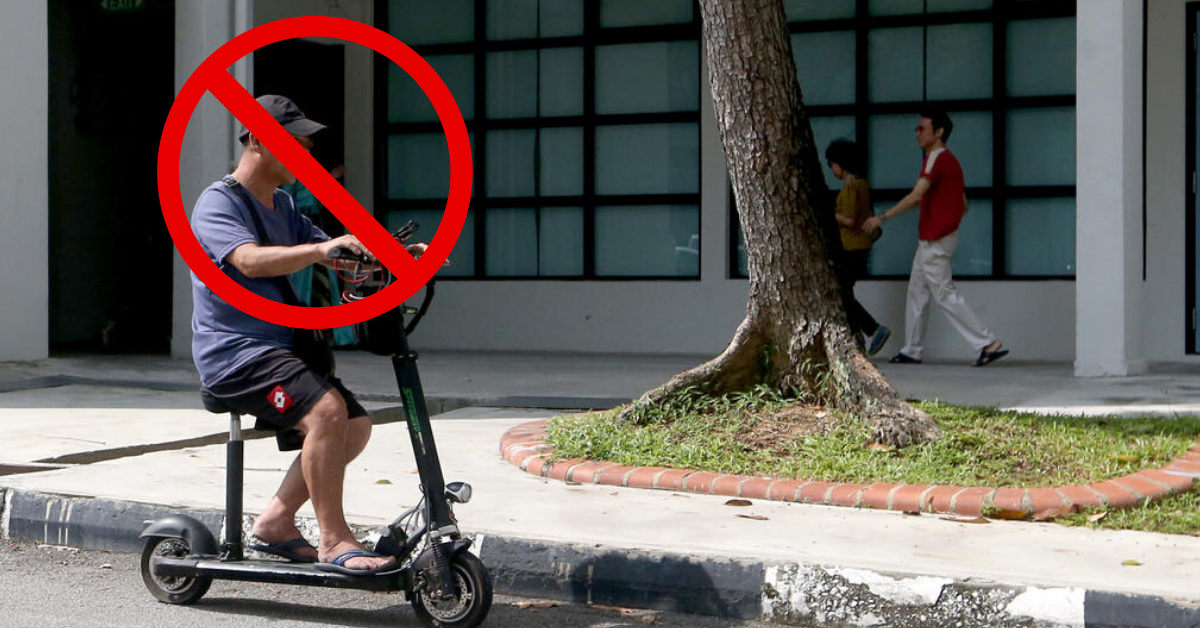 With the withdrawal of bike rental services like ofo and oBike, there was growing popularity in Singapore for Personal Mobility Devices (PMDs) to move around from locations to locations. While these PMDs are to assist those with reduced mobility, or moving between nearby locations or just another transport mode for the people, some riders just ignore the public safety and interest, causing major injuries and even death in some of the accidents.

Let take a look at some of the statistics.

There are almost 300 people treated at hospitals for PMDs related accidents. About a sixth of the injuries are being severe. According to data for the National Trauma Registry, PMDs accidents lead to proportionately more severe injuries.

According to a statistics study from Budget Direct, up to 228 accidents involving PMDs on public paths were reported in 2017 and 2018. Out of these accidents, 196 involved injuries. 32 of the injuries were major, with concussions and fractures sustained. One case was fatal, where the PMD user skidded and succumbed to his injuries. (This excluded the recent death of the 65-year-old cyclist)

Today, we are listing out some of the accidents that have happened throughout the last three years.

An elderly woman who was riding a bicycle has died from her injuries sustained in the accident. The accident has taken place in Bedok North, which happened on 21 Sep 2019, where she has collided with a 20-year-old e-scooter rider. The 65-year-old Ong Bee Eng was sent to Changi General Hospital’s Surgical Intensive Care Unit, where she has been in a coma and was on life support.

Apart from sustaining severe brain injuries, she also suffered multiple fractures. The doctor has advised Ong’s family to pull the plug, but her family decided to allow her to “pass naturally”, not being able to bear making a decision to take her off life support.

The police confirmed that Ms Ong has succumbed to her injuries and passed away on Wednesday, 25th Sep 2019.

The 20-year-old e-scooter rider, Hung Kee Boon, a Malaysian who is a Permanent Resident in Singapore, faces a charge of causing the death of Ms Ong Bee Eng by a rash act and two charges under the Active Mobility Act for riding a non-compliant and unregistered personal mobility device (PMD).

A 30-year-old man succumbed to his injuries and passed away in Changi General Hospital after he fell off his e-scooter in Tanah Merah Coast Road.

Preliminary investigations suggested that the man lost control of his e-scooter, causing the fall. The Singapore Civil Defence Force (SCDF) responded a call for assistance at 3.45 am where he was sent to the hospital. He was pronounced dead at the hospital at 6.20 am.

He suffered major spine injuries and fractures after he fell from his PMD.

A 27-year-old man, Mr Xie Zhi Hao, was injured in an accident involving two PMDs in Pasir on Saturday night, 16 Mar 2019. The man can be seen crossing the traffic road on his PMD, which the traffic light was green in his favour. However, an e-scooter rider that was travelling on the road suddenly crashed right into him.

Mr Xie, a supermarket worker, has been given an eight weeks’ medical leave and spent close to $3,000 on his treatment.

Under the terms of their sentences, both teenagers will also have to remain indoors between 10pm and 6am.

Raziq pleaded guilty to one charge each of causing grievous hurt by committing a rash act that endangered human life, riding a personal mobility device on the road, and riding an unregistered vehicle on the road.

Erzan pleaded guilty to one charge each of committing a rash act endangering the personal safety of others, riding a personal mobility device on the road, and riding an unregistered vehicle on the road.

The incident has occurred on Sunday, 6 Oct 2019 at about 8.35 pm at night. The small girl was seen wandering away from a group of adults and suddenly a male e-scooter rider is seen zooming past before a loud crash and a child’s cries are heard.

The collision sent the rider himself flying off his device while the adults rushed to the child. The toddler suffered som bruises to her thigh.

This incident happened after 15 People’s Action Party town councils implemented a ban on using PMDs, bicycles and power-assisted bicycles at the void decks of HDB in their towns.

An 18-year-old e-scooter rider was injured after a collision with a lorry at the junction of Bedok North Road and Bedok North Ave 1 during a downpour at about 5 pm on 28th Mar 2019.

Another car’s dashboard camera footage shows the e-scooter rider making his way across the pedestrian crossing even though he is not in its favour of the traffic. It caused the lorry, which is heading straight collided with him, flinging him off his e-scooter, landing on the other side of the traffic junction.

Ms Sharlin Tan, a witness of the incident rendered help by using an umbrella to shelter the rider from the heavy rain before the paramedics arrive at the scene and send him to Changi General Hospital. Another has also helped in directing the traffic.

Mdm Cassandra Ho, crowned Mrs Elite Singapore Asean 2016, was knocked down by an e-scooter on 5 Jun 2018. The 49-year-old woman lost consciousness when the e-scooter crashed into her while she was walking along the footpath near Bishan-Ang Mo Kio Park. She suffered a 3 cm long cut at the back of her head, a bruise on her face and a swollen right cheek. She was hospitalised for a couple of days.

The former beauty queen was one of the volunteers with the active mobility patrol (AMP) team, which promotes safe riding habits among e-scooter users.

On 17 April 2018, an e-scooter rider hit an elderly woman as she exited from the lift at her HDB block at Ang Mo Kio Blk 538. The impact sent both Mrs Lee and the rider sprawling on the floor. She suffered cuts and bruises to her nose, knee, elbow and rib area.

Though the elderly woman tried to hold to get hold onto the rider, he managed to run away. The rider was eventually identified after the woman’s daughter post the story on Facebook. (That is the power of the internet ! )

45-year-old Ms Goh Lay Yong lost consciousness when an e-scooter hit her along Bedok Reservoir Road in March 2018. She regains conscious only when she was in the ambulance on the way to Changi General Hospital.

Part of her skull needed to be removed and replaced by an artificial skull. She had to stay in the Intensive Care Unit (ICU).

After the accident, Ms Goh had to stop working as an accountant and needs help with basic functions such as standing, walking and showering.

The perpetrator absconded after calling the ambulance, but the police finally arrested the suspect. Muhammad Sha’if Jumadi, 23, was arrested at his flat a week after the incident and he was out on bail when he consumed methamphetamine (Ice).

He was sentenced to a jail term of eight months and seven weeks after pleading guilty to causing grievous hurt to Ms Goh by performing a rash act. He also admitted to one count of each of Ice consumption and possession.

An 11-year-old girl was hit by an e-scooter along Pasir Ris Drive 1. She suffered multiple cuts and bruises on her head, right eye, palm, elbows and knees.

In addition, she also lost 2 teeth and bled from the mouth. As a result of her swollen gums, she could not eat anything except for a few pieces of watermelon.

After the accident, the girl’s father called for stricter regulations for Personal Mobility Devices.

The boy had been riding on a bicycle with his grandmother but alighted as they came near the entrance of the building where they live, Riversails Condo. His grandmother, however, stayed on the bicycle. The collision occurred when the young boy suddenly ran from one side of the park connector to the other, putting himself directly on the path where Mr Neo was riding his e-scooter “speedily”.

The impact left both on the ground, with the boy bleeding from one of his ears. He was brought to KK Women’s and Children’s Hospital for treatment. He has been treated for the fractures, hearing loss, along with some cuts and abrasions. Mr Neo has also sustained minor injuries.

42-year-old Neo Wei Chia pleaded guilty to one charge of causing grievous hurt by a negligent act and was sentenced to five days of jail time. The maximum sentence for this offence could have meted him a fine of S$5,000 and/or two years in jail.