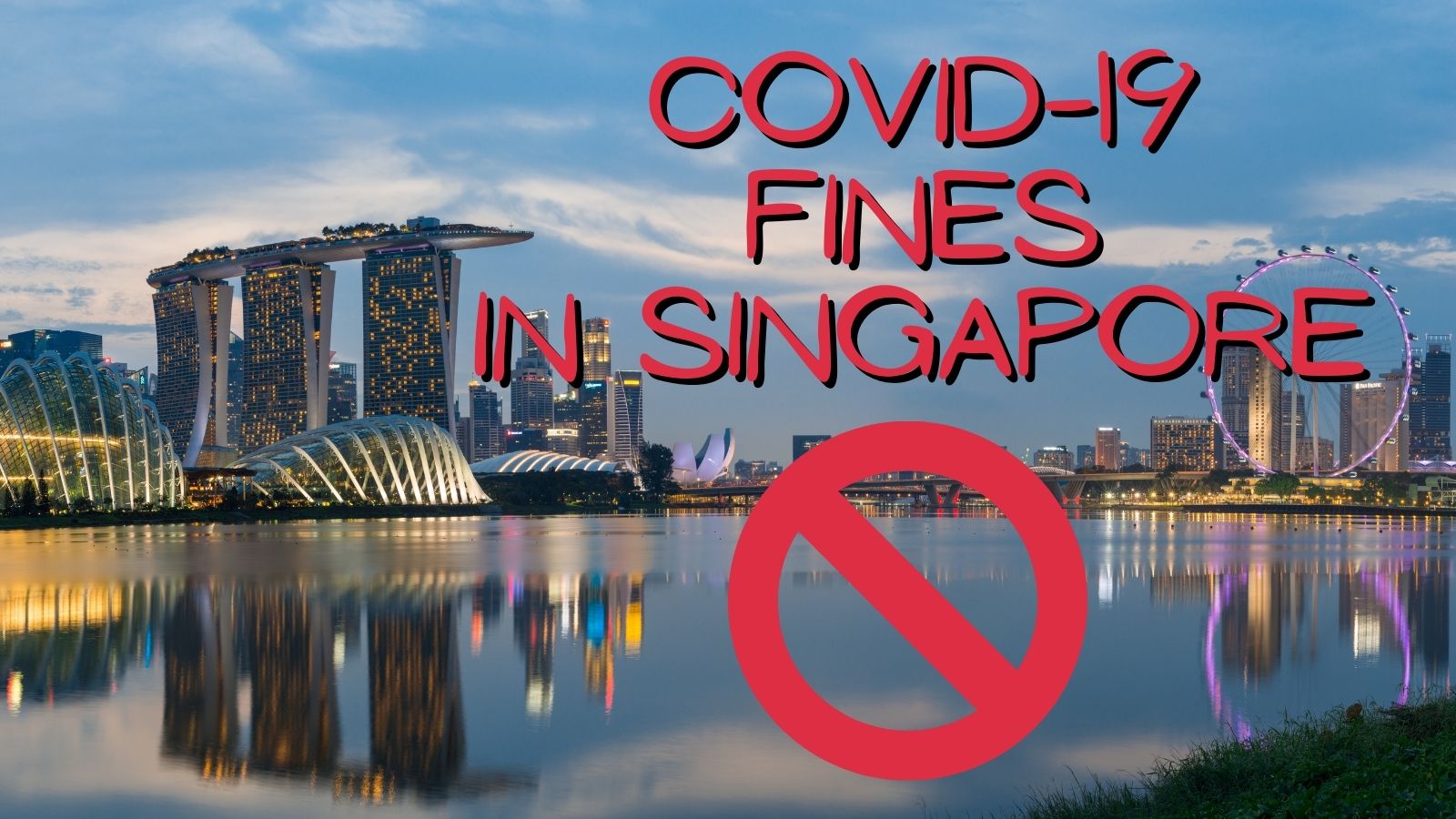 As the COVID-19 pandemic outbreak in early 2020, the Singapore government has been monitoring the progress of the pandemic and on 7th April 2020, Singapore entered the “circuit breaker” period which has been announced by Prime Minister Lee Hsien Loong, to pre-empt the escalating number of COVID-19 infections across the densely populated small island.

What Is A Circuit Breaker?

The Circuit Breaker (CB) is a term coined by the Singapore government for the implementation of stay-at-home order, social distancing, contact tracing and other health-related measures to prevent the escalation of COVID-19 cases in Singapore.

On 7th April 2020, following the announcement of the circuit breaker period, Parliament passed a new law, The COVID-19 (Temporary Measures) (Control Order) Regulations 2020 (“Control Order Regulations”). Under these regulations, all individuals in Singapore are legally required to stay at home and may only leave their places of residence to do the following “directly with all reasonable speed”:

All social gatherings, including private parties in homes and social get-togethers with friends, relatives or family members not living in the same place of residence are strictly prohibited. This is to limit the spread of potential COVID-19 infections through such social interactions.

Above are just some of the major measures that the government has put in to protect its people against the virus. Of course, there will be people that does not following these rules and tries to challenge it. The government counter-measures? Implementation of penalties for the breach of these regulations of course.

What are the penalties for breaching the Control Order Regulations?

Minister for the Environment and Water Resources Masagos Zulkifli announced with effect from 12th April 2020, individuals who flouted the circuit breaker measures will be fined S$300 right away for a first-time offence. Repeat offenders will face higher fines or prosecution in court for serious case.

From April 2020 to December 2020, over 8,600 fines, totalling more than S$2.5 million were issued to people who did not follow safe distancing, safe management measures and who did not wear a mask.

Let’s us take a look at the different kinds of fines imposed during the Circuit Breaker. (Of course, some of it has been lifted since we are in Phase 3 of the CB)

1. Fine For Not Wearing A Mask

The first line of defence for preventing the virus outbreak is to wear a mask when you leave your place of residence! This has been substantially emphasized by the Singapore authorities as a mandatory measure to prevent communal spread. Anyone caught not wearing a mask when they leave their residence from 15th April 2020 faces

Of course, there are cases in which a mask is not required. This includes engaging in strenuous activities like running or jogging and when driving alone in the car or with the passengers that live in the same household.

One interesting news was a 28-year-old Chinese national, Chen Long, tried to bribe the compliance patrol team to avoid COVID-19 enforcement action. He was spotted on 7th May 2020 near a smoking corner and the patrol team officers have approached him to wear his mask properly, but he was soon spotted again by the same patrol team with his mask pulled down to expose his nose. A fine of S$300 was imposed on him, but instead, he tried to bribe the officer by giving him S$50.

Individuals convicted of corruption offence such as bribery can be fined up to S$100,000 and imprisoned for up to five years.

Chen paid the price for such actions and was sentenced to four weeks’ imprisonment for corruption on top of the S$300 he had to pay for not wearing a mask properly.

Maintaining a safe distance is one of the messages that has been propaganda across the country. You have to maintain at least 1 metre away from other people when you are in the public, even when queueing at stores or restaurants.

Enforcement officers and safe distancing ambassadors are deployed in crowded area to check on establishments popular with tourists and precincts that could have a huge crowd.

Stay-home Notices (SHN) are given to those returning from overseas to prevent further spread of imported COVID-19 cases in Singapore. Depending on the travellers’ travel history and safe travel lane used to enter Singapore, they may be issued with a 7 or 14-day SHN with a mandatory COVID-19 Polymerase Chain Reaction test.

A few cases have happened and there were four fined, jailed for breaching Stay-Home Notice, leaving the home before the end of the SHN period. They were either fined up to S$4,000 or 4 weeks of jail term.

Quarantine Order (QO), unlike Stay-Home Notice (SHN) mentioned above, is a legal order issued to quarantine an individual who is or is suspected to be, a carrier of the infectious disease, or in contact with a person confirmed to have an infectious disease. This is with the aim of limiting the spread of the virus in the community.

QOs are issued to:

They will be monitored by videos calls at least three times a day and occasionally spot checks are carried out to ensurer they strictly adhere to the conditions for the QO.

Financial adviser Tay Chun Hsien was the first person in Singapore to be fined for breaching the Quarantine Order (QO). He was fined S$1,500 and irony part – he left home for a bak kut teh meal 30 minutes before the end of his quarantine. Food is indeed sinful!

The government has been using contact tracing to identify the possible persons who might have come into close contact with a COVID-19 infected individual and might be at risk of contracting himself turning it into a community case. Under section 64 of the Infectious Diseases Act, it is an offence for an individual to hinder or obstruct the contact tracing process:

When we say obstruction in contact tracing, this could also means providing false information to the authorities, misleading or missing out information of their whereabouts which can lead to unexpected cases popping out in the community.

The government has since used two tracing apps called SafeEntry and TraceTogether launched in March 2020 for further tracing of people’s movement, but of course, it has triggered public anger and criticism for exposure of personal data.

In order to prevent the communal spread of the infectious disease, social gatherings have been strictly prohibited during the circuit breaker. Friends and/or families shall not gather together at one location except if they are staying at the same house. For breaking the COVID-19 regulation:

One case that happened on 5 August 2020 when 16 people allegedly went to a flat owned by two friends for a gathering lasting several hours, making such noise that alerted the neighbour to call the police.

Under the COVID-19 (Temporary Measures) (Control Order) Regulations 2020, which limits social and business activities to curb the spread. The individuals could be:

A case involving Singapore expats went viral after the photo of the gathering during the initial phase of the circuit breaker has sparked public outcry. The seven foreigners have been fined for socialising in two separate groups at Robertson Quay bar and restaurants. Each of them was fined either S$8,000 or S$9,000, with six also had their work passes revoked. They were seen socialising in different groups and different locations with their masks down. A statement by the judge said that “flagrantly breached” laws for the “frivolous purpose of drinking and chatting“.

Note: Singapore has entered into a Phase 3 of the circuit breaker from 28th Dec 2020 where up to 8 persons are allowed for social gatherings and household visitors at any point in time. This is the same for point 6 mentioned above.

8. Permit Holders Not Allowed To Work During Leave of Absence

Leave of Absence is a mandatory 14-day stay home notice for residents, long-term pass holders who recently returned from China implemented by the government as part of efforts to manage the novel coronavirus situation in Singapore. During this period of time, no one was neither supposed to leave the house nor continue to work at the workplace.

The penalties for such offence includes:

The COVID-19 itself has affected the daily lives of people in the country and there are still troublemakers that are spreading false information sending the public into an unnecessary panic.

Although this might not be covered under the COVID-19 (Temporary Measures) (Control Order) Regulations 2020 (“Control Order Regulations”), it falls into the category of transmitting a false message under the Miscellaneous Offences (Public Order and Nuisance) Act. It could mean:

Almost all activities in Singapore halted during the circuit breaker, the brothels, nightclubs, bars and massage parlours are shut down effectively to prevent spread of the virus. However, this means that low-income Asian migrant sex works and nightclub entertainers have a huge uncertainty about their income.

While many have abide to the regulations, some have decided to flout the regulations to settle the debts they owed and for their daily expenses until the CB was over. For flouting such control order:

An alleged offender, Jin Yin, was fined at least S$21,000 accused of offering massage and sexual services at a beauty salon amid the circuit breaker. Not only she flout the COVID-19 (Temporary Measures) Act, she also faces two charges under the Massage Establishment Act.

The government announced small-scale pilots for the nightlife industry to allow a limited number of nightlife outlets, including bars, pubs, nightclubs, disco and karaoke establishment to reopen with stringent safe management measures.

Under this pilot programme for nightclub and karaoke establishment, only local Singaporeans and those with work passes would be able to enter the locations, provided they show proof of taken a COVID-19 test in the last 24 hours.

Clubs were also supposed to limit the capacity to 100 people, with separate dancing and dining zones that can hold 50 people each. The customer would also have to wear masks on the dance floor, and stay 2m apart from other groups, as indicated by floor marking and physical barriers. The rules are very strict and you can read more about them here.

If for you, will you go for a swap test just to enjoy the night ? 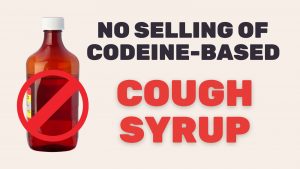 32,000 flat owners sublet their flats as of end June