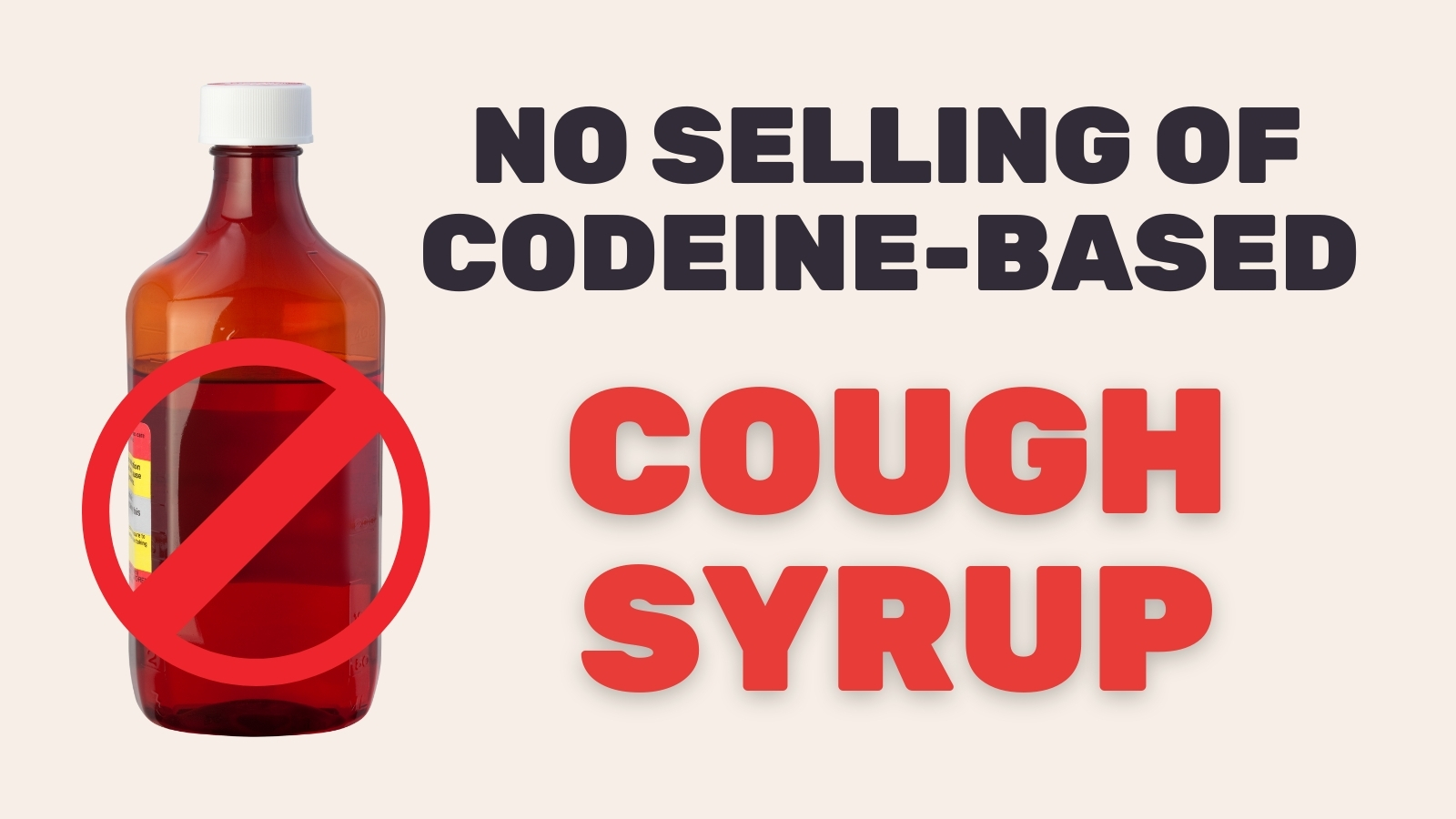 Battling drug-related crimes in Singapore has been one of the country’s priorities since independence to keep things under control in the small island. As the island does not have any natural resources to depend on and the most intense resources is the community itself to boost and sustain the economy, drugs is definitely a spoiler to destroy the growing economy.

In 1973, eight years after Singapore’s independence, a highly repressive drug control law is enacted to punish those breaking these laws with severe punishments including long term imprisonment, caning and capital punishments (death penalty).

Nevertheless, this does not prevent people from addicted to drugs. While it is difficult to obtain drugs like heroin in Singapore, they do find a cheaper alternative like stiffing glue or consuming excessive cough syrup. Especially codeine-based cough syrup.

Codeine is an opiate and prodrug of morphine used to treat pain, coughing and diarrhoea. It is found naturally in the sap of the opium poppy, Papaver somniferum. It is often found in prescription-strength cough syrups, or in a combination formulation with various other analgesics (for example, with acetaminophen) as a medication.

While it is typically used to treat mild to moderate degree of pain, it can be easily abused by users due to its euphoric side effects and becomes an addictive drug with potentially dangerous effects at high dosages.”

How is it considered illegal for sales of cough syrup?

Generally, it is not illegal to sell codeine-based cough syrup in Singapore, but there are some laws regulating the proper sales of the medication.

A decade-long crime by pharmacist

In 2016, one registered pharmacist, William Woo Tat Meng, sole proprietor of Community Pharmacy at Bukit Timah Plaza, illegally sold codeine-based cough syrup to customers with falsified records to keep his bad deed under the radar of the law enforcement. But soon his act is caught after HSA officers stopped a 42-year-old man on 23rd April 2015 at 3 pm where he has procured 14 bottles of 120ml Dhasedyl syrup which he paid 20 dollars for each bottle.

From the investigation findings, William has sold 220,440 bottles containing more than 2,450 litres of Dhasedyl syrup (codeine-based) to his customers over a period of nearly two years from May 2013 until April 2015, profiting at least S$ 244,529 from selling the cough syrup alone.

In addition, he has admitted that he has been selling Dhasedyl syrup for about 10 years. The 58-year-old sole proprietor was jailed for eight months and three weeks, becoming the first pharmacist to be found guilty of improper selling of codeine under the law.

There are also some other cases in which offenders are being caught with cough syrup including these few cases:

Singapore authorities have seized the largest haul of almost 2,000 litres of codeine cough syrup estimated to be worth S$1.25 million in street value as part of a crackdown in 2013. It was a three-month-long joint-agency operation by the Health Sciences Authority (HSA) and the Central Narcotics Bureau (CNB) that took place from April to July.

Further investigation revealed that 3.8-litre canisters of illegal cough syrup were brought in under the guise of other products such as tyre shine, porcelain cleaners and degreasers.

The suspects brought the canisters of codeine to a residential unit and another rented storage facility, where they were processed and repackaged into smaller quantities. They were then distributed to the black market.

Since the enactment of the Poisons Act, offenders could have faced up to two year’s in jail and a fine of up to $5,000 per charge for the offence, but in 2017, the government has decided to tighten the screws on these offences and implemented harsher penalties since the legislation in 1987, nearly 30 years later on the codeine-related which took effect on 1st November the same year.

Addicting to drug not only harm yourself but as well your families and closed one. If you know that anyone that needed help, you can approach the following two associations for some help.

Get Heavy Penalty For Illegal Possession of Endangered Species in Singapore