Ms. Liu Meiqi, 33, was fined a total of $12,000 or five days’ jail on each charge after admitting to 10 counts of failure to pay taxi fares between 5th October 2014 and 8th March last year. The fares ranged from $6 to $35, amounted to a mere $133. The cases happened on eight incidents with Comfort and two other on CityCab.


How She Avoid Payment

She had used her Maybank credit card to pay for the cab fare but the transactions were not successful. Subsequently, she would say that she does not have any cash and will transfer the cab fares via bank transfer to the taxi drivers. She provided her identity card and mobile phone number to the taxi drivers which she would either not answer the calls or says she was busy or switch off her mobile phone when contacted for the requested of delayed payment.

She had a similar conviction in 2014 when she was fined a total of $2,400 for failing to pay four taxi drivers.

During one of my previous posts on being money mule to carry out money laundering activities, the Singapore’s Government has once again came with amendments in the law to increase punishment for those involved in money laundering. Some changes are also been made to quicken the process to determine the offence committed by individual(s) as well.

As an effort to break down syndicates and individuals on transnational money laundering activities, Singapore’s Parliament has passed down amendment to the law on 7th July 2014, allowing the Government to deal more quickly with criminal operations and deprive offenders of their illicit gains.

One of the changes will be to the Corruption, Drug Trafficking and other Serious Crimes (Confiscation of Benefits) Act which maximum penalty for money laundering has been increased to 10 years imprisonment from the previous 7 years and reducing the threshold by a third for cross-border cash reporting.

In addition, amendments were also made that enforcement agencies could accept evidence, such as court judgement and statements by experts even if offences escalated from a foreign country. The amendments will smoothen the process of investigation and prosecute foreign predicate offences.


Precious Stones and Metal Dealers Sector Added to the Act

Another changes to the Act is inclusion of precious stones and metal dealers, such that dealers are required to verify a customer’s identity and file a report with Suspicious Transaction Reporting Office for cash sales exceeding S$ 20,000. Transaction records shall be kept for five years from the date of filing.

Furthermore, the dual criminality requirement for foreign tax evasion offences will also be removed, as long as the offence is criminalised in the foreign jurisdiction and is committed “wilfully” with the intent to evade tax.

Few Members of Parliament (MPs) has rose their support for the amendments and raised that there was also a need to monitor non-finance sector such as high-end property and jewellery markets, which are just as susceptible to money laundering activities. It is also questionable out how virtual currency, such as bitcoin could be monitored as well.

Amidst of all these changes, the MPs are also concerned about the monetary and administrative costs of compliance.

Looking out for a nice beach in Singapore for a nude sun tan ? You might want to re-consider your option.Under Singapore’s Miscellaneous Offences (Public Order and Nuisance) Act, one maybe be charged guilty of public nudity and face up to three months in jail, and a fine up to $2,000.

One of the recent case was one couple has allegedly stripped naked and had sex in a Jacuzzi at Resorts World Sentosa’s Beach Villas. Although the Jacuzzi was meant only for the couple’s villa, it sat within a larger pool being enjoyed by other guests which some among them was just children. The couple may be also charge for committing an obscene act in public as well.

While countries are developed, they tends to rely heavily on technology and computerised process to fasten and provide better security. However, hidden in the backstage was a group of hackers that will be ready anytime to take down the basic internet infrastructure that every citizen are enjoying. 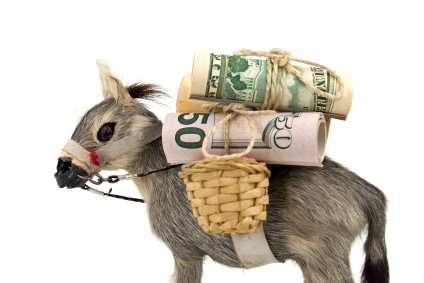 Money mules are believed to have responded to online advertisement offering them jobs to transfer money using their own bank accounts, sending monies for a non-existent overseas company operated by the scam syndicate and getting a percentage of commission. In most cases, a fraudster befriends a potential money mule online, establishes a relationship and convinces him or her to accept funds through their bank account from an unknown source, and either transfer it to another account or withdraw it to hand to another person unknown to the mule.

The offence of Money Laundering carries a punishment of a fine not exceeding $500,000 or to imprisonment for a term not exceeding 7 years or to both. Non-individual could risk a fine of up to $1,000,000.

The money mules then provided their bank account details to the scam syndicate. The amount of money, typically ranges between S$50,000 to S$200,000 is quickly withdrawn or transferred out of the mule’s account. For every inflow of funds to the money mule’s account, a transaction fee and commission from the principal amount will be deducted before the remaining amount is transferred to an overseas bank account provided by the scam syndicate.

Some syndicates are even more sophisticated, setting up “companies” and inviting unwitting mules to take on the role of a “Singapore representative” or “Singapore-based agent”, whose sole job is to open a new personal bank account and receive funds from similarly-unknown sources.

Singapore is know to be a clean and green city, while we are not talking about the appearance itself, but as well as the system. Singapore is governed by Corrupt Practices Investigation Bureau (CPIB) to prosecutes corruption in public and private sectors. The government agency is established during British colonial government in 1952 and when Singapore attained self-government in 1959, it was shifted from Attorney-General’s Chambers to Prime Minister’s Office by then Singapore first prime minister, Mr. Lee Kuan Yew. While investigations is being carried out by CPIB, it is usually done in a efficient and limited public exposure with rare cases of high profile probes.

Corruption by any Government agent is liable on conviction to a fine not exceeding $100,000 or to imprisonment for a term not exceeding 7 years or both.

There was a recent case that happens on 19th Jan 2014 when a former Certis CISCO security officer was sentenced to a week’s jail and $10 penalty for accepting bribe from a domestic helper. Kalaiarasan Muniandy, a 22-year-old Malaysian was carrying out his duties at Paya Lebar MRT when he prompted a helper that she will be given a summon of $300 for drinking water. The helper replied that she was unable to pay the fine and only had $10 with her, the security officer took the money and asked her to leave.

The entire matter came to light after the helper’s employer found out about the incident and lodged a police report which was referred to CPIB.